During Mother’s Day weekend, Katie Holmes enjoyed a PDA-filled date with boyfriend Bobby Wooten III in New York City. Get the details on how this new romance first began. 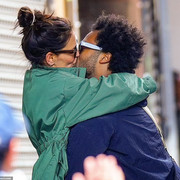 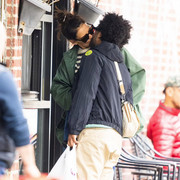 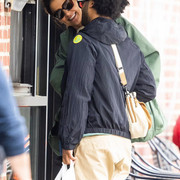 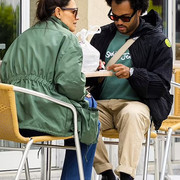 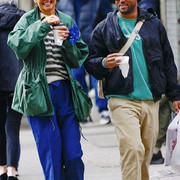 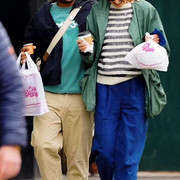 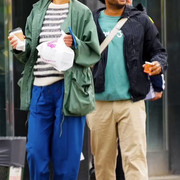 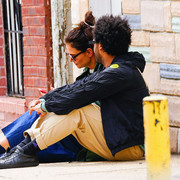 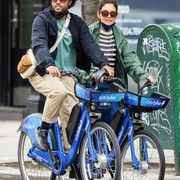 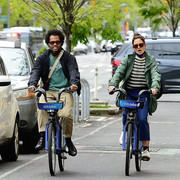 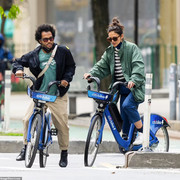 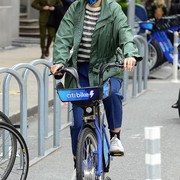 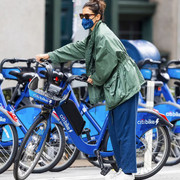 Katie Holmes is ready for a second chance at love.

Over Mother's Day weekend, the actress stepped out in New York City with boyfriend Bobby Wooten III for a casual afternoon date.

In photos obtained by E! News, the pair was seen enjoying lunch outdoors, sharing a few kisses and holding hands during their meal. The actress and the musician hopped on Citi Bikes after to further explore the city.

So how did these two find each other just in time for summer? According to a source close to Katie, the pair met through friends and are excited to see where things go.

"They know some of the same people who connected them and so far, it's working well," the source told E! News exclusively. "Katie is excited about seeing someone and is very happy. It's new, but it's going well. She enjoys having someone in her life and he is very kind and good to her."

While fans may know Katie for her roles on the big and small screen, Bobby is well respected in the arts industry. In addition to appearing on Broadway, the musician is an adjunct instructor at NYU Tisch School of the Arts.

Katie was previously linked to Jamie Foxx and restauranteur Emilio Vitolo Jr. The pair dated for less than a year before breaking up last May. Katie was also married to Tom Cruise for six years before breaking up in 2012. They share 16-year-old daughter Suri Cruise.

While the Dawson's Creek alum is just getting back into the dating world, the source said, "She's looking forward to spending time more time with Bobby and seeing where it goes."