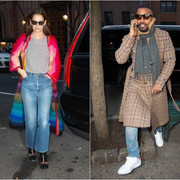 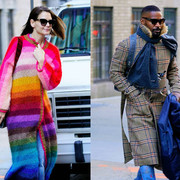 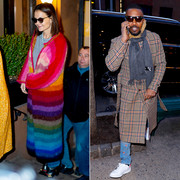 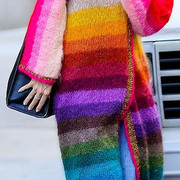 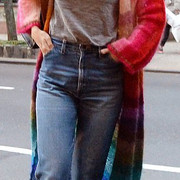 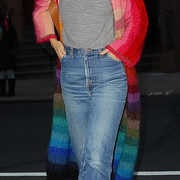 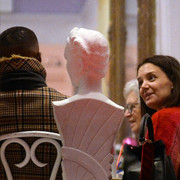 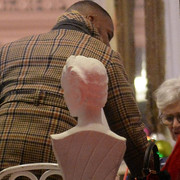 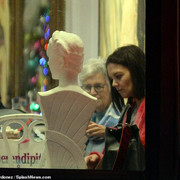 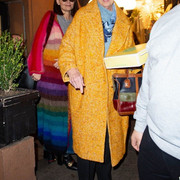 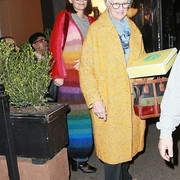 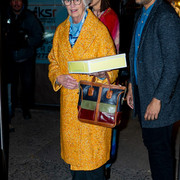 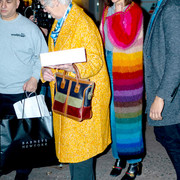 Katie Holmes is spending her 40th birthday with her loved ones.

A source tells ET that Jamie Foxx celebrated Holmes’ birthday with her and her mother, Kathleen, on Tuesday.

“Jamie took the ladies out to Serendipity [in the upper east side of NY] for Katie’s birthday. It was so sweet, it seemed he like he really wanted to make the night special,” the source says. "Everyone got along great. Jamie is a gentleman and he knows how important Katie’s family is to her. Suri [Cruise] already adores Jamie.”

The Logan Lucky actress and her boyfriend were photographed arriving to dinner to celebrate her special day. The birthday girl opted for a colorful and cozy ensemble, wearing a rainbow full-length cardigan sweater with a gray t-shirt, blue jeans and black Gucci loafers. She shielded her eyes from the cameras' flashes with dark sunglasses.

Foxx, 51, on his end, looked stylish in a plaid trench coat, grey scarf, ripped jeans and white sneakers as he arrived to the restaurant and birthday festivities.

According to the source, Foxx didn’t hire a car, “Jamie drove the women in his SUV." “Serendipity is one of Katie’s favorite restaurants,” the source shares. "In fact, it’s a restaurant she regularly frequented with Tom [Cruise] and even his children.”

“They all looked like they were having a nice time. Katie seemed really happy and relaxed. She was smiling and really glowing,” the source shares, adding that they all seemed very happy and were in great moods.

However, the notoriously discreet couple kept the PDA to a minimum and even entered and exited separately. “Jamie picked the women up and then they went into the restaurant first and he followed after. He was on the phone when he entered. When they left, he left first and got the car and then Katie and her mother came out after.”

As for Holmes' daughter Suri? She was not at the celebration as this was for the adults only.

The happy couple were last photographed on a romantic date night at Restaurant R'evolution in New Orleans in November. The pair has been dating for years, yet keep their relationship private and out of the spotlight, always making sure to leave and arrive separately when stepping out.

Foxx and Holmes have been linked since August 2013. Though the two have been snapped showing PDA and enjoying dates together, they have never confirmed their romance or arrived together at a public event.

"They’ve always lived very independent lives, but try to make time to see each other. It’s not uncommon for them to go long stretches without seeing each other," a source told ET in June.