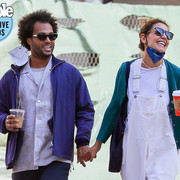 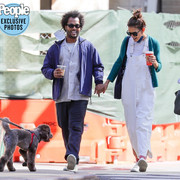 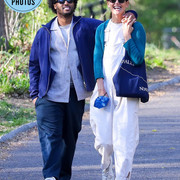 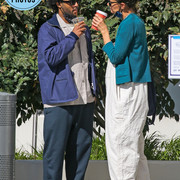 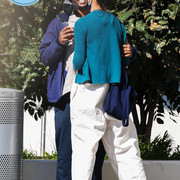 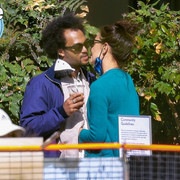 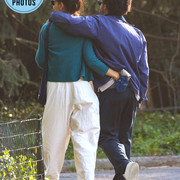 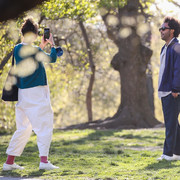 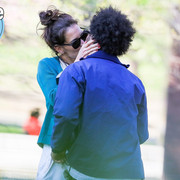 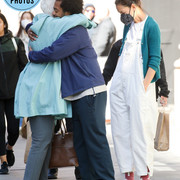 Katie Holmes is all smiles with a new man in her life.

The actress, 43, was seen kissing and holding hands with musician Bobby Wooten III in N.Y.C. Thursday, in photos obtained exclusively by PEOPLE.

Holmes and Wooten smiled as they walked hand-in-hand, each holding a drink and dressed casually for the outing.

At one point during the outing, Holmes and Wooten were spotted with her mother Kathy Holmes. Kathy was seen giving Wooten a hug.

The loved-up pair took the subway and visited the Guggenheim Museum and Central Park.

Wooten and a rep for Holmes did not immediately respond to PEOPLE's requests for comment.

Holmes — also known for her role as Joey Potter in Dawson's Creek and performances in films like Pieces of April and Thank You for Smoking — was previously married to Tom Cruise, with whom she shares daughter Suri, 16. The actress-director was later linked to Jamie Foxx for several years, before they split in 2019.

More recently, she dated Emilio Vitolo. The actress and Vitolo, 34, were first linked in early September 2020, when they were spotted on a date at his N.Y.C. family restaurant Emilio's Ballato.

"They split several weeks ago. There was no drama," a source told PEOPLE of the pair the following May after their breakup.

Wooten, who plays bass guitar, appeared in American Utopia on Broadway, which wrapped earlier this month. The musician is currently playing bass for Moulin Rouge! The Musical, and recently opened up to Bass Magazine about his background back in December 2021.

"My grandfather started the Wooten Choral Ensemble in 1949," he said. "I was born in New Jersey, and we lived there at a time when my dad was doing pop music and studio work, and playing keyboards in Marcus Miller's band."

Wooten said played piano but got into bass when he was "a bit older," at "the time when Blink-182 were popping off, and my friends were into them."

"On bass I fully taught myself, learning whatever songs I wanted," he added. "Red Hot Chili Peppers, Stevie Wonder, and then a lot of Motown. So then I played keys and bass in the church every week. I never took a bass lesson until I got to college, which was more about learning upright bass."